Today I rode to... well, near Loma Prieta, then passed through Mount Madonna park before heading home.

Today was supposed to be hot, so after watching the finish of a very enjoyable Vuelta a España (won by a fellow named Winner!), I got a reasonably early start. By 09:00 I was headed over Kennedy Road. On the Los Gatos Creek Trail I spun my back wheel on the dry, dusty ramp, and wondered how long it might be before rain firmed the trail up again.

I stopped at the Summit Store for a half-sandwich, but since it was too early for lunch I dropped it in my bag and headed onward. In the past I've always visited Loma Prieta via Loma Prieta Avenue, but this time I decided to try Mount Bache Road. For some reason I thought it was a much harder way to get to Loma Prieta Way, but actually it wasn't especially steep until it neared the point where the two routes meet anyway. On the other hand, it means that I missed that great first view of the ocean from the lonely dirt part of Loma Prieta Avenue.

At the junction with Summit Road, the high point of this ride I stopped and ate my half-sandwich, in a rare shady spot. The heat was climbing, and the effort of the steep parts of this climb were getting to me. I also drank much of my remaining water, but reasoned that it was largely downhill to Mount Madonna, the next water.

The last time I passed through here, they had dropped loose stones on Summit Road, making it impassable by skinny-tire bicycles. That was well over two years ago, and in the meantime those stones had either been pounded into the dirt, or more likely ground into a combination of smaller stones and binding dust. Sort of a self-macadam process, which I suppose isn't accidental. In any case, the whole road is easily passable now, although still uncomfortably washboarded in places. 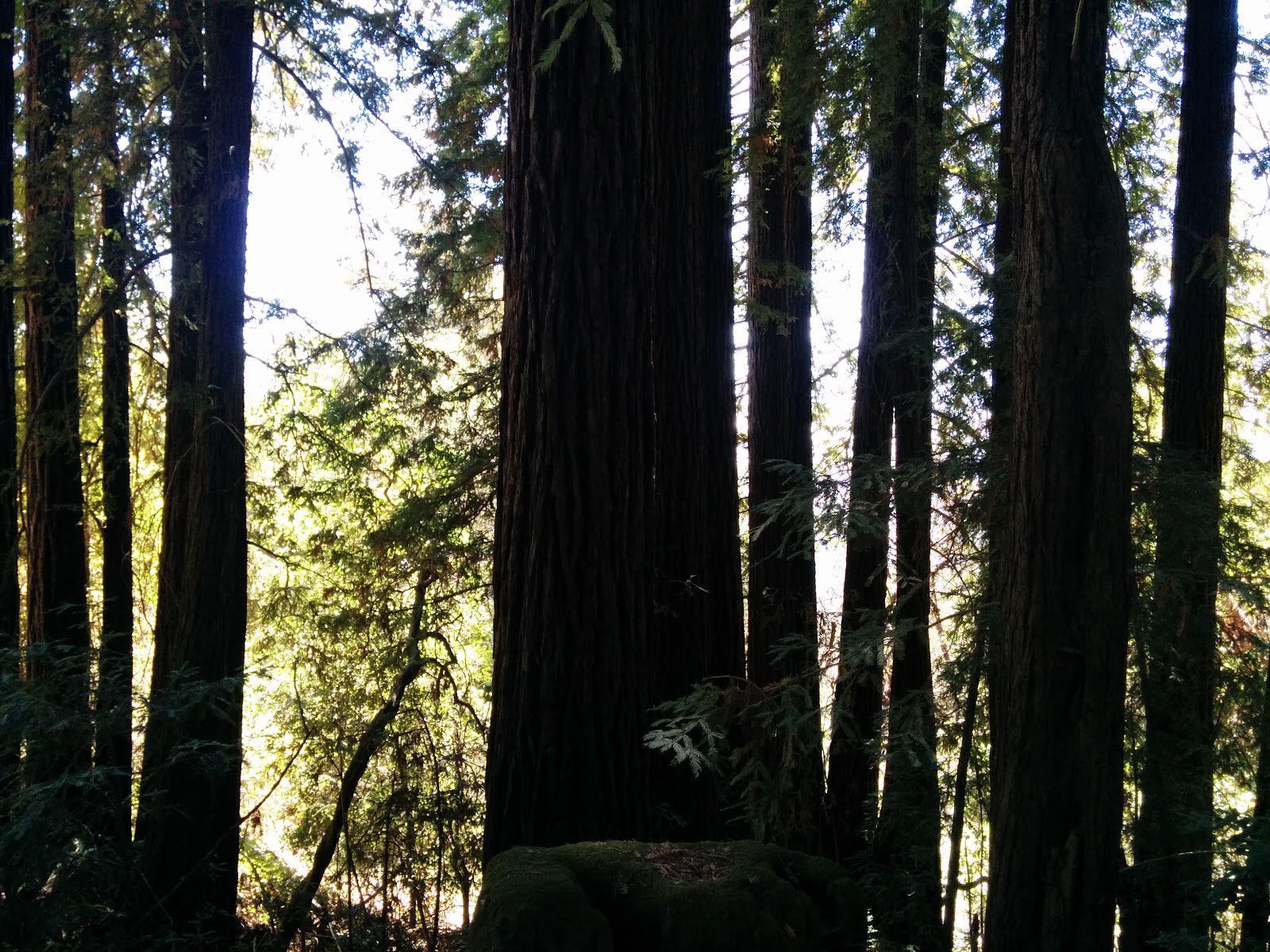 I missed the always-open gate and impotent private-road sign. It may be gone, but I suspect I was just distracted.

At Mount Madonna Park I refilled my bottles, then headed through the park to Route 152. As it turns out, 152 has a single-direction long-duration light, just like Route 9 near Saratoga. This one had traffic heading south backed up for literally miles, whereas northbound traffic (like me) waited just a couple of minutes. I wished I could have told them all how long the wait was.

By this time the bike computer was showing over 100° F, which is... hot. I headed up Uvas Road, stopping a few times to take pictures of the nearly empty reservoir.

It was about this point that the wind decided to punish me personally. The flat sections became hills, and the hills became... actually they weren't much changed. And given the wind and the heat, it seemed like no matter how much water I drank, my mouth was always dry. Ugh. Eventually I rolled home, drained.

Today's ride was over 68 miles, with over 4700 feet of climbing. The most difficult kilometer was near the top of the climb to Loma Prieta, with a grade of 11.6%. Those last kilometers, on completely flat suburban roads but against the wind, certainly seemed harder.
Posted by Ziasus at 9:52 PM